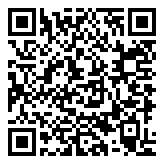 Newport is situated between Cardiff and Bristol and has a resident population of approximately 147,700 people (2011 Census). The property is located south east of Newport’s central business district just off Usk Way, one of Newport’s primary arterial roads connecting the north and the south of the city. The property is in close proximity to the River Usk and benefits from scenic views across the river. There are a number of residential estates that run on both sides of the river bank having formed part of Newport’s recent regeneration. There is a public footpath that runs between the property and the river. Notable businesses in close proximity include Sytner Newport BMW, Bannatyne Health Club, Greggs and HM Passport Office. The available site forms part of the Newhaus Development built by Westmark Properties. Phase 1 and 2 were built out in 2012 with phase 3 being the last remaining phase for development. The Newhaus site was granted full planning permission in 2007 under application no 05/1644. Phase 3 consists of 90 units (50 x 1 bed and 40 x 2 bed) with a total GIA area of 53,425 sq ft over 5 floors. The concrete slab foundation was laid a number of years ago. The planning consent is therefore active.